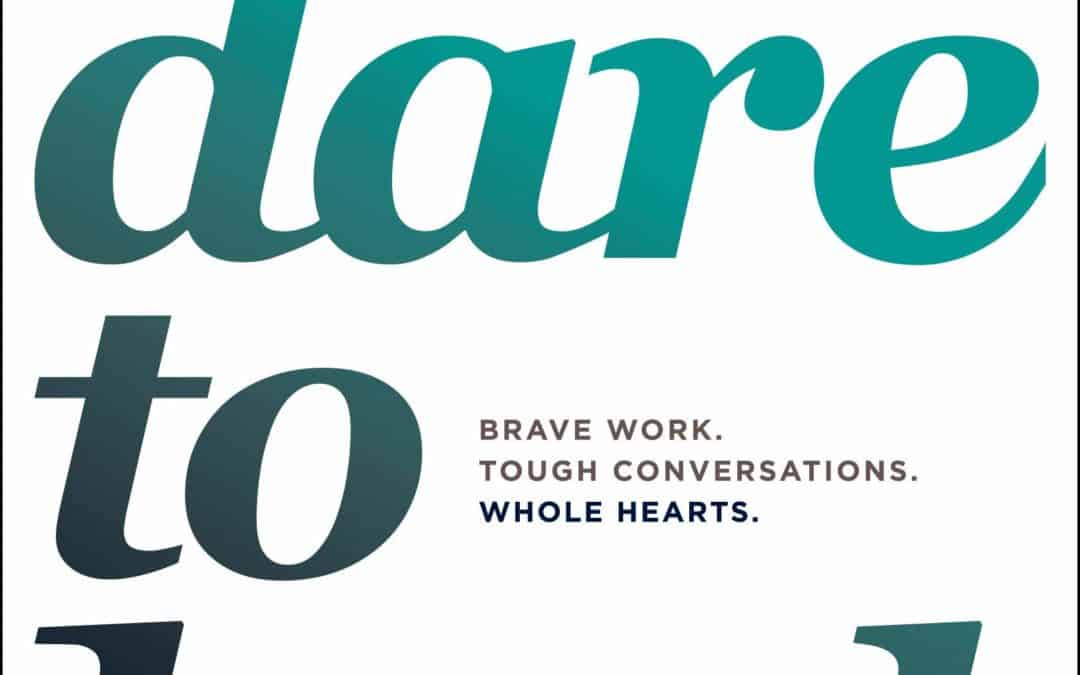 What is important about this book
Dare to lead is the result of more than twenty years of interviews with managers and leaders of companies in every sector, in particular with 150 C-levels, about the future of leadership. It takes up the themes explored by Brown in his TED talks that brought her to the international limelight (vulnerability, shame, courage) and declines them within organizations. In particular, the author observes how these elements act on leaders and, as they become aware of these elements, how leaders have the power to change the context in which they operate by releasing energy, creativity, autonomy and proactivity with their collaborators.

According to Brown, the leader is the one who “takes responsibility for finding the potential of people and projects, and who has the courage to develop these potentials”.

The book opens with a question, which is also the one that started the interviews: “What needs to change in the leadership style to be successful in a complex, ever-changing environment, in which we have to face seemingly impossible challenges and an insatiable demand for innovation?”. The answers concentrate above all on the topic of courage: which, however, once identified as a concept, is not possible to decline into specific skills or behaviors. Therefore, the work of Brown and her team focused on defining how to concretely act on courage and how to train it, starting from the assumption that it is a developable capacity, and not an unchangeable personality trait.

Four key skills emerged from the research that allow us to act with courage: starting from our vulnerability, building trust, living our values ​​in practice, and learning to deal with failures by getting up. Profoundly human skills, often undervalued in organizations, indeed sometimes frankly ignored or considered negative. But also skills that every leader, as a person, would like to be able to develop during their career in order to face the most demanding and important challenges that they might face: the relationship with others, the leadership of a team, the comparison with their own fears.

According to Brown’s research, courage and fear are not mutually exclusive: acting with courage does not mean making fear disappear, but finding ways to govern it. Often the solution is to wear an armor, but in the end this turns out to be the real barrier to courage, because it limits and inhibits one’s full self-expression, absorbing most of our energy in defense rather than in growing. Instead, the alternative proposed by the author is that of comparing oneself with others by leveraging one’s vulnerability. Brown uses the term “rumble“, which in Italian translates the sound of thunder in the distance, but also the muttering of someone grumbling, to define a “discussion, conversation, meeting characterized by the commitment to stay in touch with one’s vulnerability, remain curious and generous” to solve problems, and means a position in which one speaks and listens “with an open mind and heart”. You need to take care of yourself to do this, but acting this courage is contagious, and creates contexts in which it is no longer necessary to defend or hide, because people feel safe, seen, listened and respected.

Quotes
The courage to be vulnerable is not about winning or losing, it’s about the courage to show up when you can’t predict or control the outcome.

We avoid tough conversations, including giving honest, productive feedback. Some leaders attributed this to a lack of courage, others to a lack of skills, and, shockingly, more than half talked about a cultural norm of “nice and polite” that’s leveraged as an excuse to avoid tough conversations. Whatever the reason, there was saturation across the data that the consequence is a lack of clarity, diminishing trust and engagement, and an increase in problematic behavior, including passive-aggressive behavior, talking behind people’s backs, pervasive back-channel communication (or “the meeting after the meeting”), gossip, and the “dirty yes” (when I say yes to your face and then no behind your back).

When people are afraid of being put down or ridiculed for trying something and failing, or even for putting forward a radical new idea, the best you can expect is status quo and groupthink.

When something goes wrong, individuals and teams are rushing into ineffective or unsustainable solutions rather than staying with problem identification and solving. When we fix the wrong thing for the wrong reason, the same problems continue to surface. It’s costly and demoralizing.

Instead of spending resources on cleanup to ensure that consumers, stakeholders, or internal processes are made whole, we are spending too much time and energy reassuring team members who are questioning their contribution and value.

Organizational values are gauzy and assessed in terms of aspirations rather than actual behaviors that can be taught, measured and evaluated.

Perfectionism and fear are keeping people from learning and growing.

Structure and contents of the book
The book begins with a part that tells its origin and purpose: to change the way one thinks about leadership and to learn at least one new meaningful behavior in this direction.
Then, the book is divided into four sections, one for each jurisdiction on the basis of courageous Leadership.

Each part details a competence into specific behaviors providing many examples and giving a series of activities and tools to develop it, individually or in a team. It is also possible to access the website www.brenebrown.com to download further resources, as well as podcasts, videos, in-depth information on the subject.
More than half of the volume is devoted to vulnerability, which is also Brown’s workhorse, exploring its connection with the deeply human need to forge bonds, live in community and the consequent fear of not being accepted for some sort of “unworthiness” that leads to shame and closure.
For Brown, vulnerability is not a weakness, it is that emotion one feels in moments of uncertainty, risk and emotional exposure: a safe context from a relational point of view can contain vulnerability, leaving room for comparison, diversity and innovation. Google’s Aristotle project and the studies of Amy Edmonson, both cited by Brown, have demonstrated this. Amy Edmondson defines “psychological safety” the condition through which everyone can expose his or her vulnerability by avoiding wearing armor.
Trust comes before vulnerability, and it is built through small gestures, small signs in the daily relationship. To act with courage, expressing one’s full humanity, it is finally necessary to recognize one’s values ​​and act them. Values give meaning and substance to the challenges we face, the difficulties we encounter, and teach us to get up again when we fall, with resilience and starting from the recognition of our emotions.

Conclusion
The issue of wholeness, vulnerability, courage and psychological safety in organizations is becoming more and more central and discussed in companies.
This text, compared to others, focuses mainly on a personal, individual level, to the point that it can sometimes seem like a self-help manual. And this is also the aspect that makes it stimulating as a reading. Many are the examples drawn from the experiences of Brown herself, especially as CEO of her new organization, but also as a wife and mother, although there are quotes, stories and speeches from other leaders regarding their experience with the topics reported, for example by Melania Gates.
The most interesting aspect, in addition of course to the cited themes, is the ability to decline what are often considered as abstract concepts into behaviors and skills, and to indicate numerous ways, tools, techniques to develop them, alone or within your team. In short, the author manages to give an answer to that reaction that often catches us in front of leadership books: “yes, I understand, but now what should I do in practice?”.
Instead, there is a bit of a lack of business cases in which to observe how courageous leadership has brought about changes.
The writing is very fluent, Brown confirms herself as a very good storyteller, and from the style one understands in an instinctive way how a relationship can be in which one can “discuss starting from one’s own vulnerability”.
In setting the goals behind this book, Brown also points to the fact that it could be read in the duration of a flight from Houston to Los Angeles. I would say that it takes a little longer, because after a first reading, which can be as quick as a novel, it is worth returning to the concepts and above all concentrating on the methods proposed for their development, in order to fully grasp their value and obtain practical indications to experiment.